Language in the car

Make words and short sentences with the help of the license plates of the cars on the road.

For who is it?

Children from level 3 and their parents and/or older brothers & sisters. 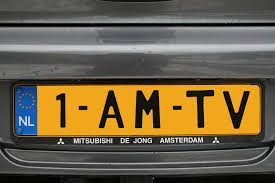 What can we do?

Car trips are often pretty boring for children. A good idea is to play a game by making words or sentences with the license plates of other cars around you. Usually you can make the nicest and simplest of sentences, sometimes it is a bit more difficult. An example: 52-MLB-3 (My Lovely Brother)